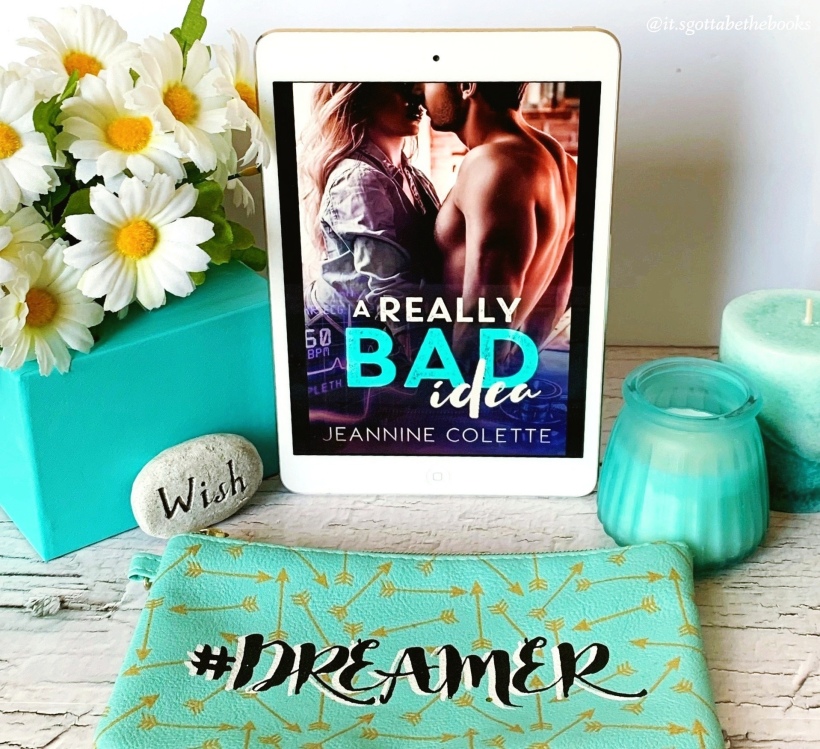 This friends to lovers book by Jeannine Colette was super sweet and swoon-worthy.

The characters were so great in this book. Christian and Meadow have been friends for over 2 decades. Their chemistry was undeniable as you can feel their connection through Jeannine’s writing. A friendship with such a solid foundation made the transition into a relationship seamless. Meadow was always upfront with her feelings and Christian was always there to encourage her to open up. The maturity of the characters was refreshing.

Even though love was present between Christian and Meadow both never acted on it as stars never aligned for them during their 23 year friendship.

A Really Bad Idea is such a heartwarming, sweet, charming read. It makes you see that wishes do come true. This is the first book of Jeannine Colette’s I’ve read that wasn’t co-written with another author and I wasn’t sure what to expect. As an individual her writing was pleasant and I plan to read more from this great writer. We’re celebrating the release of A Really Bad Idea by Jeannine Colette! One-Click yours on any platform today! 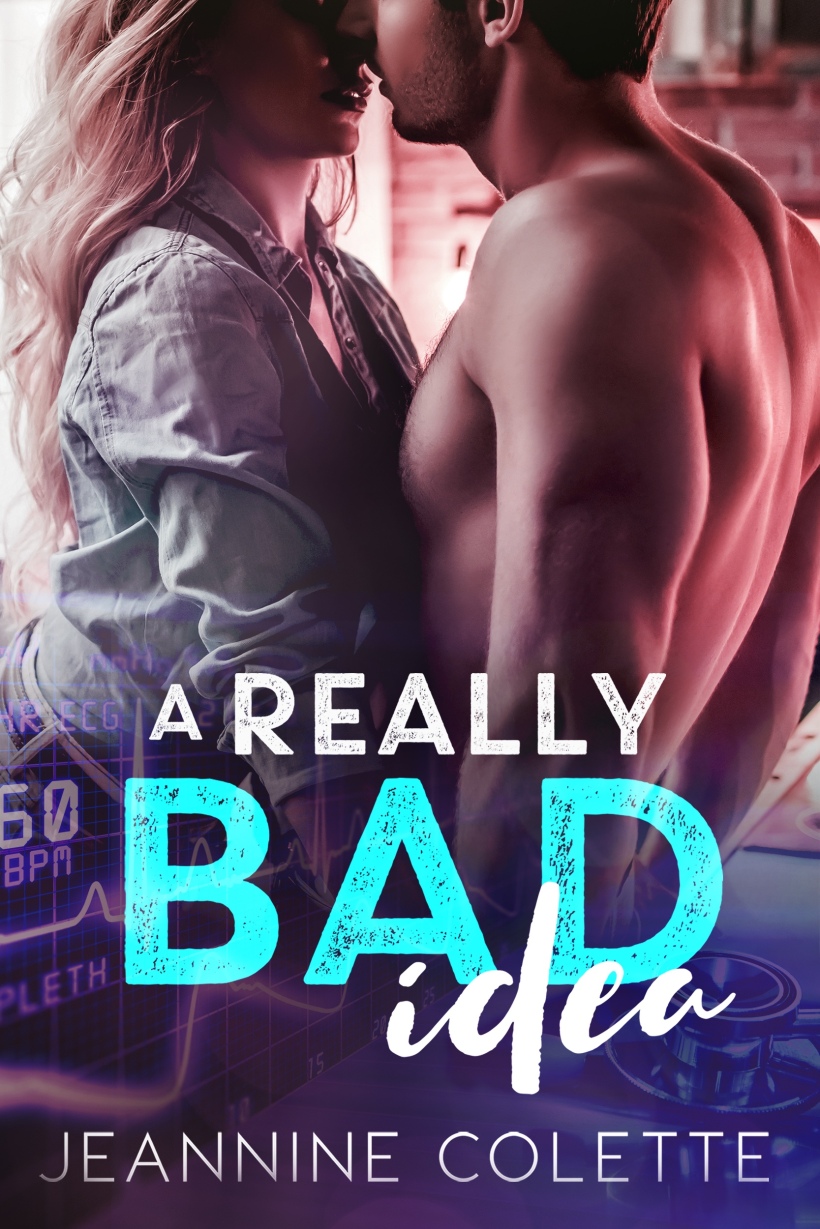 When my mother approached me on my thirty-third birthday with a brochure for egg freezing, it was a glaring reminder that my biological clock is ticking toward its expiration date. I’ve always dreamed of being a mom and had a plan — one that was destroyed when I caught my professional hockey player husband in bed with another woman.

Despite my broken heart I still believe in love. I want the happily ever after, but I also want a child desperately and won’t settle in order to make it happen.

That’s why when I decided to take my mother’s advice, Christian came up with his own plan: Let’s have a baby together.

It’s a bad idea. A really, really bad idea. And yet…I can’t stop thinking about how great it could be.

There’s just one condition. Before we have sex (oh, yes, we’re doing this the old fashioned way!) Christian is adamant we go on three dates.

Sounds easy, but it’s not.I thought sex would be the hard part, but the dates are only making me fall for the man I’ve known almost my entire life. 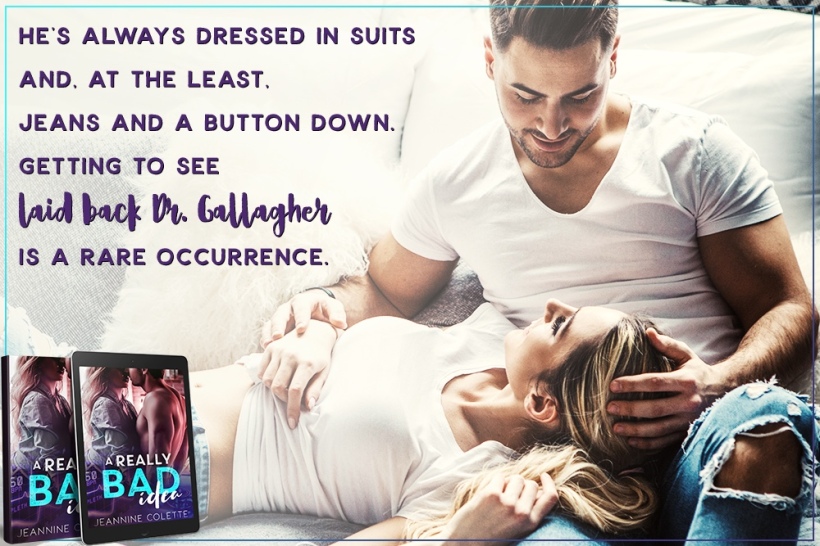 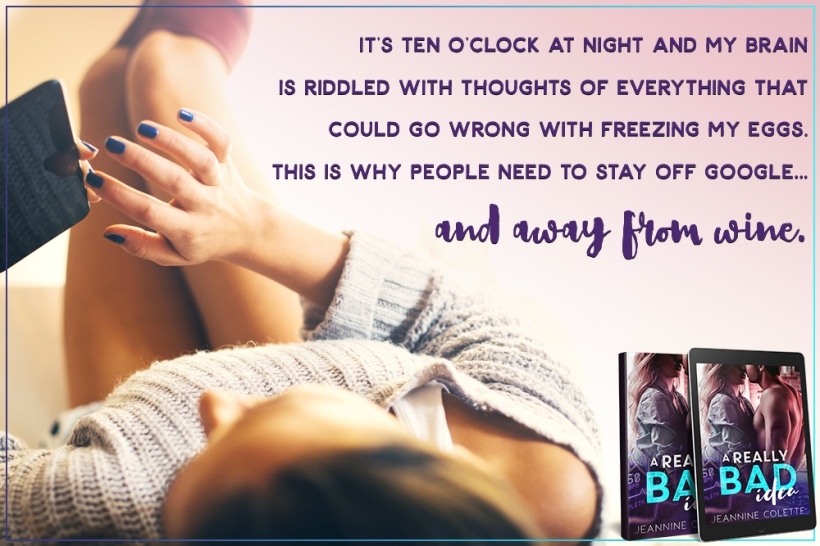 Check out my playlist for A Really Bad Idea!
https://spoti.fi/2LD3FoB 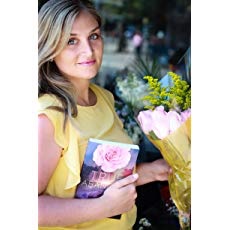 Jeannine Colette is the author of the Abandon Collection – a series of stand-alone novels featuring dynamic heroines who have to abandon their reality in order to discover themselves . . . and love along the way. Each book features a new couple, exciting new city and a rose of a different color.A graduate of Wagner College and the New York Film Academy, Jeannine went on to become a Segment Producer for television shows on CBS and NBC. She left the television industry to focus on her children and pursue a full-time writing career. She lives in New York with her husband, the three tiny people she adores more than life itself, and a rescue pup named Wrigley.

Jeannine and her family are active supporters of The March of Dimes and Strivright The Auditory-Oral School of New York.
http://jeanninecolette.com/