This second chance romance had my heart in palpitations. The issues that tore Jake and Sin apart was hard for me to read but I found that M. Jay Granberry did it in a way where it had to be part of the story for all of it to come together. The actions of what happened in the past touched me. I felt the heartbreak and pain Sin went through because M. Jay Granberry captured my emotions through her words and made you feel as if it were happening to you.

Jake and Sin’s past broke me. The one thing I wish was that they had the talk about why. Aside from that I love how persistent Jake was and fought for what he truly wanted and that was Sin.

This story had me on a myriad of feelings. I was so angry at Jake but the anger lessened over time. Although, me as a person has a hard time forgetting past indiscretions. Lol. That’s when you know an author did her job right. She sucked me in and had me fully invested. This was an epic debut novel.

Exquisitely Broken is a second chance romance set in the glittery world of Las Vegas, Nevada.

Four years ago, one bad decision irrevocably destroyed a six-year relationship. There are some mistakes you can’t get over, some things that an apology can’t fix.

Sinclair James walked away from Jacob Johnson with her heart in pieces and her pride in shreds. She took the pain of betrayal and harnessed it, turned it into a bestselling album that changed her life. She was no longer the girl defined by what she didn’t have because she had everything, money, fame, an award-winning album. But there was always something missing. Some small shard of what use to be.

Now she’s back, her band unknowingly signing a yearlong residency to work for a new hotel on the Las Vegas Strip and subsequently Jacob Johnson.

This time he refuses to her go. He can’t. He works to prove to Sinclair he’s worth a second chance. That sometimes love can be enough to erase a disastrous past and embrace a promising future.

History seems to repeat itself as outside forces seem determined to keep them apart. But in the end their love proves strong enough to overcome the past and blaze the way for their future. 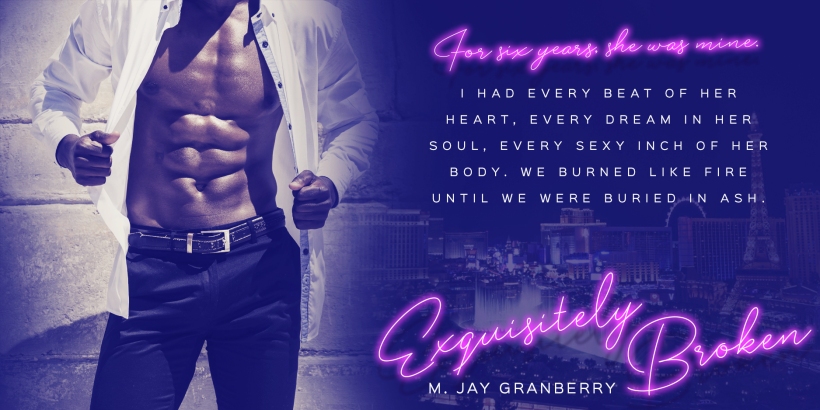 “Get up, Jake.” I’m surprised when she offers me a hand. Our fingers intertwine, and for the first time in days, I feel the frayed edges of my world begin to knit back together. I get to my feet, and she immediately drops my hand as if the contact burned.

“What do you want?” Her arms wrap tight around her middle like she’s trying to hold herself together.

I’m finally face-to-face with Sin and I’ve got… nothing. My brain is blank. Every practiced speech and contrite apology are gone. My eyes are glued to hers and fuck me, I can’t think of one word. After holding my gaze for a little less than a breath, her eyes glaze over with tears, and her teeth sink into her bottom lip to stop the trembling.

She takes a step back over the threshold, doorknob in her hand, preparing to close the door in my face.

“Hold on.” I press a palm against the door, keeping it cracked, to wedge myself between the opening. I close the space between us. The need to feel her, smell her, be in her space, and have her in mine propelling me forward. My hand slides around the back of her neck pulling her toward me. She stumbles into my arms and trips over her own feet, but like every other time we’ve touched, it’s right.

Finally, the pressure in my chest lets up, and I breathe easy. I rest my forehead against hers and whisper against her lips, “I still want you, Sin. Only you.” I close my eyes against the accusations in hers. This close, her breath is co-mingled with mine, and I can smell the faint scent of almond from her shampoo.

This time when I seek her lips, she yields but it’s not with sweet abandon. It’s stiff and tinged with regret. This kiss is heartbreak played out with the brush of lips and the slide of tongues.

Our lips pull apart and I let out shuddered breath as my heart finally rips completely apart. Instinctively I tighten my arms around her, trying to keep her close, but she pulls back. The air slips between us as easy as a knife through butter. I know what’s coming. Good-bye. 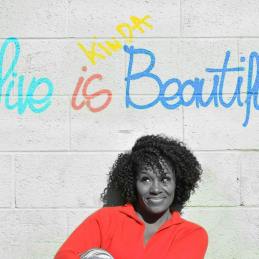 M. Jay Granberry is first and foremost an insatiable reader.

She is a true Las Vegas native, the one in Nevada not New Mexico, and to answer the most frequently asked questions about growing up in Sin City…

Giving a voice to characters, that are strong yet fragile, that are sometimes uncomfortably real, that express love in dirtiest ways with the sweetest sentiments is honestly a dream come true.