Catherine Cowles delivers such beautifully heartwarming stories. The Sutter Lake Series is hands down one of my top fave small town romances. I’ve always been fascinated with Tuck and Jensen’s relationship. The drama and love in this story will have you on a rollercoaster of emotions. I just loved the moments between Tuck and Jensen. Their love and connection is the sweetest. This friends to lovers, brothers best-friend, single parent, small town romance will have you consumed. Sutter Lake and the people are something else. If you haven’t had the pleasure of reading Catherine Cowles and her Sutter Lake series I highly recommend it.

“Beautifully Broken Spirit is a beautiful, emotional and memorable friends-to-lovers romance with a dash of intrigue and suspense that ensures you stay on the edge of your seat.”– Frolic

Beautifully Broken Spirit, an all-new beautiful and emotional standalone in the Sutter Lake Series from Catherine Cowles is available now! 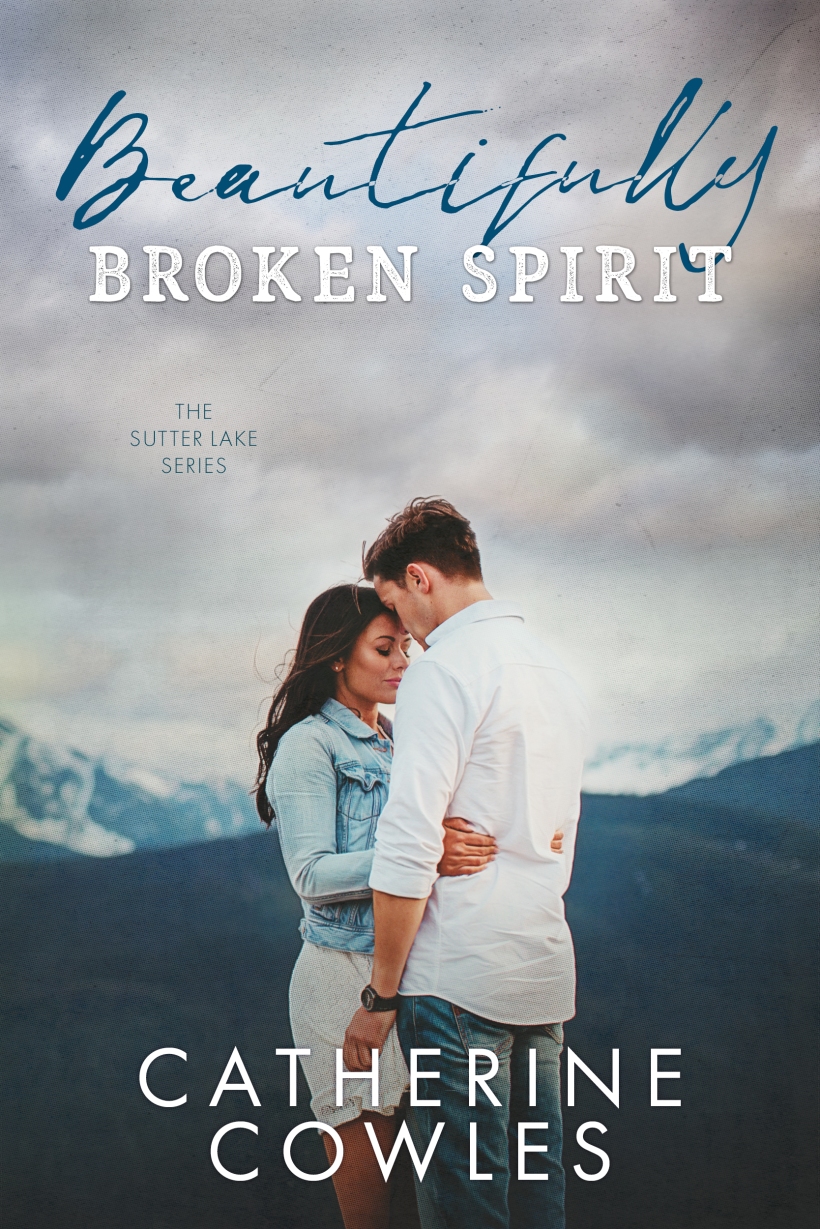 She’s always been his safe place to land.

Jensen has shared a special bond with Tuck for as long as she can remember, their friendship a language that never needed words. But as life threw her one curveball after another, that secret language turned to stony silence.

He’s always been her protector.

Tuck has looked out for Jensen since the day she was born. As his best friend’s little sister, he’s tried to keep her firmly in the friend category. But she’s always been more.

All it takes is one moment of weakness to send Tuck’s fiercely guarded walls crumbling to the ground. As a new fire burns between them, someone watches. Someone who doesn’t like the new life Jensen’s building for herself.

And they’ll stop at nothing to keep her in the dark. 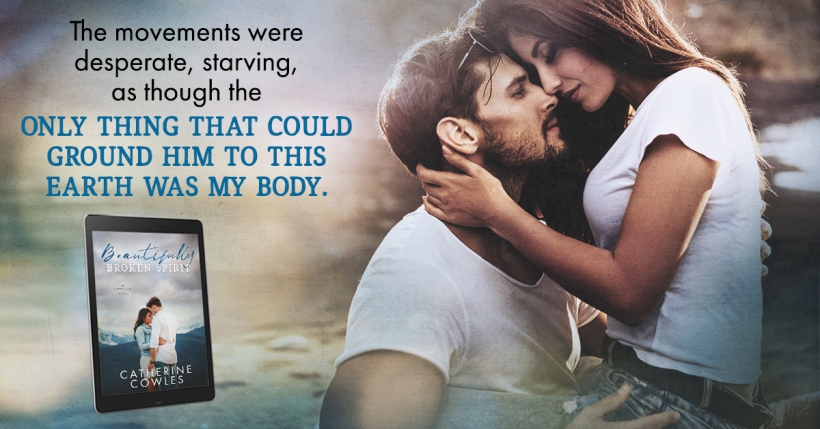 My entire world seemed to tunnel as my vision went black, and my knees buckled.

“Shit!” Strong hands caught me before I could hit the floor. I blinked rapidly as Tuck’s face came into focus. His expression was full of worry. “Are you okay?” He settled me into one of the café chairs.

My stomach pitched. “I’m fine. Just got up too fast. You startled me.”

Tuck let out a sound that was a cross between a sigh and a growl of frustration. “You need to be more careful. Anyone could’ve come in here, and you wouldn’t have even known. Just because we live in a small town doesn’t mean you shouldn’t take precautions.”

I pinned him with a stare that should’ve had him taking a step back. “I know that. Believe me, I of all people fucking know that.”

I waved him off. “I know.” I pushed up to stand, but the world turned wobbly again, and Tuck pressed me back into the chair.

“Oh, no, you don’t. When’s the last time you had something to eat?”

I tried to think back. I guess I had missed lunch. “A granola bar in the car on the way to drop Noah off at school?”

This time Tuck did growl. “You need to take better care of yourself.”

My skin prickled. “I take fine care of myself, you big behemoth.”

“I’m not seeing a whole lot of evidence of that lately. You take care of everyone but yourself.” I opened my mouth to argue, but he kept right on going. “You stay right here while I go fix you a snack.” Tuck pinned me with a hard gaze. “You move a muscle, and I will paddle your ass.”

My jaw came unhinged, but simmering heat pooled low in my belly. My hands fisted. What the hell? Before I could regain any semblance of the ability to speak, Tuck had turned on his heel and strode towards the kitchen. Had I actually hit my head? Was I now in some sort of coma-induced alternate universe where Tuck threatened to spank me? And why the hell did some part of me like the idea?

I was clearly in some sort of hunger-induced brain misfire. That was the only reasonable explanation. I did all kinds of crazy stuff when I went too long without sustenance. Yes, those crazy things were generally something like eating an entire pan of brownies in one sitting. They weren’t typically the burning desire to climb one of my best friends since birth like a tree. But hunger could make you do lots of insane things.

Tuck emerged from the kitchen juggling a plate with the largest sandwich I’d ever seen and a tall glass of what looked like apple juice. He came towards me with what I could only describe as a swagger. Had his hips always moved like that when he walked?

Don’t get me wrong, I knew Tuck was attractive. Hot even. I’d had the requisite crush on him throughout my middle school years and even into high school. But he had always treated me like a little sister. Someone he liked hanging with. But never once had he given me even a single hint that he was interested in more than friendship. And I’d grown up. I’d put him firmly in the big-brother category. So, why, all of a sudden, was my body reacting to him?

It had to be my dry spell. Could it even be called that if it was as dry and vast as the Sahara? I needed to get laid and stat. Because the last thing I needed was to fall for a guy who was a walking one-night stand.

Writer of words. Drinker of Diet Cokes. Lover of all things cute and furry, especially her dog. Catherine has had her nose in a book since the time she could read and finally decided to write down some of her own stories. When she’s not writing she can be found exploring her home state of Oregon, listening to true crime podcasts, or searching for her next book boyfriend.

Stay up to date with Catherine by joining her mail list: